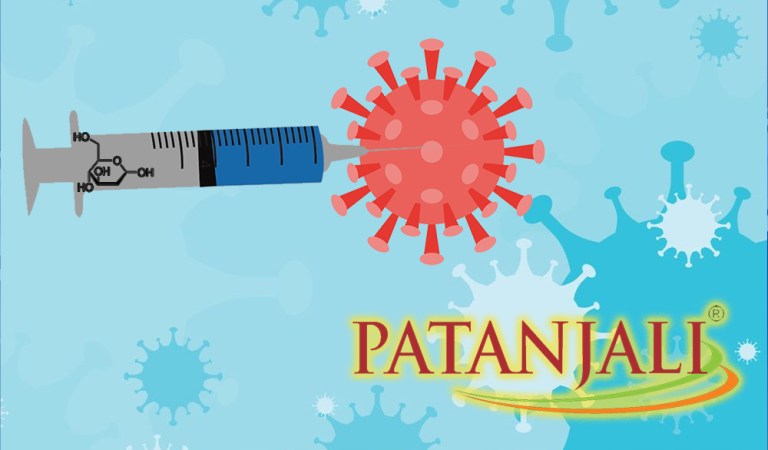 9 May, 2021: On May 8, Defence Research and Development Organisation (DRDO) announced that it got approval for an anti-Covid-19 therapeutic application of the drug 2-deoxy-D-glucose (2-DG) from the Drugs Controller General of India (DCGI). The Covid-19 application of the drug has been developed by a lab of Defence Research and Development Organisation (DRDO), Institute of Nuclear Medicine and Allied Sciences (INMAS) and Dr Reddy’s Laboratories (DRL), Hyderabad. The drug was originally developed for the treatment of cancer.

According to the press released by DRDO, the results of the clinical trials showed the molecule helps in quicker recovery of hospitalised patients and reduces the requirement of supplemental oxygen. The Covid-19 patients who were treated with 2-DG showed a higher proportion of negative conversions. Experts suggested that the drug will be beneficial for the people suffering from Covid-19.

Although Covid-19 and Cancer are completely different diseases, the same drug has been found effective because of the similarities between the virus and cancer cells. But the virus and cancer cells replicate very fast, which means they consume lots of energy. Glucose is the main source of energy in living beings, and thus both of them use glucose very fast to survive and replicate. Therefore, these cells also consume a high amount of the drug 2-deoxy-D-glucose. As the drug and inhibits both glycolysis as well as glycosylation, it hampers the growth of the virus.

Before DRDO conducted trials on the drug, scientists and experts from Patanjali Ayurved Ltd, Jain Vishwa Bharti Institute, and Saveetha Institute of Medical and Technical Sciences had published a paper in March 2020 on the possible use of the molecule for Covid-19. The paper titled “Glucose antimetabolite 2-Deoxy-D-Glucose and its derivative as promising candidates for tackling COVID-19: Insights derived from in silico docking and molecular simulations” talked about the research done by the institute to understand 2-DG’s effect on the SARK-CoV-2 virus that causes Covid-19. Patanjali was the first Indian company to do a study on the drug just when the pandemic had just hit the world.

2-deoxy-D-glucose (2-DG), which is a radio-chemo-modifier drug used for optimising cancer therapy, and one of its derivatives (1, 3, 4, 6-Tetra-O-acetyl-2-deoxy-D-glucopyranose) were investigated by conducting ligand-receptor docking. Binding pose depictions of ligands and viral receptors were assessed by employing molecular dynamics analysis. The researchers used Molinspiration and Toxicity Estimation Software tools to determine the drug likeliness, bioactivity indices and ADMETox values and found that 2-DG can efficiently inactivate the viral receptors leading to incapacitation of the SARS-CoV-2 virus.

The paper suggested, “The present in silico study supports the potential benefits of using 2-DG and its glucopyranose derivative as repurposed drugs/prodrugs for mitigating the novel COVID-19 infection. Since both these moieties present no signs of serious toxicity, further empirical studies on model systems and human clinical trials to ascertain effective dose-response are warranted and should be urgently initiated.”

An in silico study refers to a study done on Computer, and it is widely used in biology, medicine and other experimental sciences. In the Patanjali study, 3D models of the SARS-CoV-2 virus and the molecules of the study drug were studied in various software programs to see how the drug works on the virus.

The researchers had obtained the crystal structures of SARS-CoV-2 spike glycoprotein, viral nuclease and protease from RCSB Protein Data Bank, obtained the structure of 2-deoxy-D-glucose and 2-DG derivative from PubChem database, and 3D structures of all of them were introduced in Argus Lab (4.0.1) program.

The researchers had obtained the crystal structures of SARS-CoV-2 spike glycoprotein, viral nuclease and protease from RCSB Protein Data Bank, and 3D structures of all of them were introduced in Argus Lab (4.0.1) proram.

Hex Cuda 8.0.0 software was used for docking analysis of pdb structures of the study molecules with the viral receptors. In this study, the binding free energy of the receptors to ligands was calculated using the GROMACS tool. After that, Molinspiration software was used to analyse molecular descriptors and bioactivity scores of the ligands and standard chemotherapeutic agents.

Following the analysis of the results of the study, the researchers had concluded that 2-DG may considerably reduce the infectivity and virulence of nCOVID-19 by inhibiting both the entry and the replication of the virus inside the host cells. They had suggested further study on model systems infected with nCOVID-19 to verify this possibility before conducting human trials.

Ranganathan said, “Congrats to DRDO for EUA for 2deoxy-D-glucose, 2DG. An anti-cancer drug, its MoA might be inhibiting glycolysis in virus-infected cells. Also, appreciate Yogrishi Ramdev’s Patanjali for first suggesting the use of 2DG, although their hypothesis was that 2DG directly attacks the virus.”

Dr Amit Thadhani said, “Researchers at Patanjali were the first to publish a paper hypothesising the potential benefit of glucose analogue in COVID19 treatment. But Dr Reddy’s brings it into the market and gets the emergency approval.” Read More….